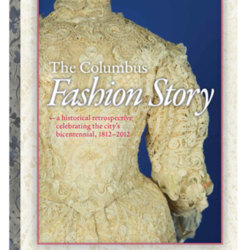 This virtual exhibit examines the founding clothing manufacturers of Columbus, Ohio, throughout the late 1800s and early 1900s, and the circumstances of the time period that allowed them to be successful in an era of innovations in both clothing and its large-scale production. Following the U.S. Civil War, Columbus, along with the rest of the United States, experienced tremendous growth and rapid industrialization. By the 1890s, Columbus' population had almost quadrupled, and improvements in communication and rail transportation created a national marketplace that could be fed not only by agricultural products, but by the factory-produced goods made in the thriving city. Having a central location within the United States at the time, Columbus had the advantage of being a prime distribution and manufacturing center for these goods.

All images courtesy of the Historic Costume & Textiles Collection unless otherwise noted.