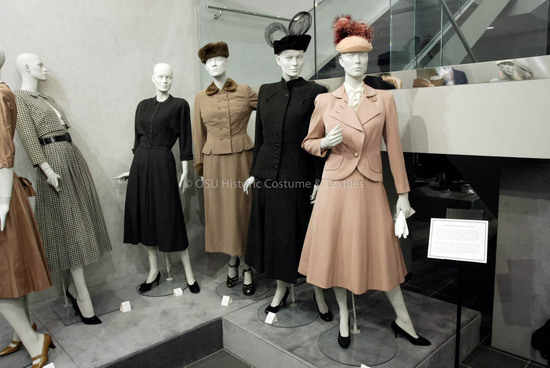 Between 1851 and 1965, the F&R Lazarus Company retail store dominated the trade and physical landscape of Columbus. Capital Fashion 1851-1965, the new exhibition at the College of Human Ecology, The Ohio State University, explores the fashion industry in Ohio’s capital city during the middle 100 years of Ohio’s bicentennial.
The dates covered by the exhibition, 1851-1965, parallel the history of the F&R Lazarus Co. From its early years as a men’s clothier in a 20 x 40 foot room, to its rise by 1965 as a member of the largest Department Store Chain, Federated, Lazarus’ growth reflects that of the capital city; from small beginnings through a “golden age” of downtown development and eventual branching out into the surrounding countryside.

Prior to the middle of the 19th century, clothing production was predominantly custom made by tailors or dressmakers. They purchased many of their supplies from dry goods merchants such as W. A. & J. C. McCoy & Co., or Sessions & Harris. Several of Columbus’ major department stores of the 20th century, such as Lazarus, The Union, and Morehouse-Martens, started out as either men’s clothiers or dry goods merchants. In fact, Lazarus did not offer women’s clothing in its store until 1909.

To represent the custom made apparel from this era, several tailor’s and dressmaker’s garments are featured in the exhibition, including a beautiful rust colored, watered silk dress from the 1860s. This gown belonged to Henrietta Hammon Falkenbach, whose husband Joseph was Franklin County Treasurer in 1866-7. He later became counsel to Germany during Cleveland’s administrations.

Two Columbus dressmakers from the turn of the century, Daisy Schaeffer and Kate Hoffer, actually had labels for the dresses they made. This is rare since most dressmaker’s work was done anonymously. One of Ms. Schaeffer’s dresses is featured in the exhibition. A blue silk chine, it was made for Fannie Barker Brown (Mrs. John Edwin Brown Sr.) around 1897. Mrs. Brown traveled all the way from McConnelsville, Ohio, to Columbus to do her dress shopping.

The exhibition also features some of the earliest women’s clothing items sold by the F&R Lazarus Co. In 1887, Fred and Ralph Lazarus bought a family shoe store and added it to their men’s clothing business. Women’s shoes were the first items sold at Lazarus for the female gender, and both the Mykrantz and Falkenbach families bought wedding shoes there in 1895 and 1905, respectively.

In 1909, the Lazarus brothers opened a new store, offering “everything ready to wear” for men, women, boys, and girls. On display in the exhibition is a woman’s linen duster coat, purchased from the store for the wedding trousseau of Anna Frank King, who was married in 1912. Dusters were necessary attire to protect one’s clothing from the dust that was kicked up by the tires of the new motor cars when driving at the turn of the century.

Although most of the capital city’s department stores had their beginnings in the 19th century, they experienced their glory years during the 20th century. The Union, Morehouse-Martens, The Fashion (as The Home Store), Lazarus, Armbruster’s, the Dunn-Taft Co., Boston Store, and the Z. L. White Co. were all located on High Street by 1920. Women’s specialty stores, stores that only sold women’s clothes and accessories, started to appear along North High and East Broad streets to give the department stores some competition. MacDonald’s Shop for Women, Mrs. Eugene Gray’s, The French Shop, and Montaldo’s are all represented in the exhibition with dresses worn from the 1930s-50s by some of Columbus society’s fashionable women, including Shirle Westwater, Agnes Jeffrey Shedd, Sarah Hislop Pace, Margaret Dombey, and Jeanne McCoy.

The Union, Lazarus, and The Fashion were especially significant in promoting fashion trends through numerous style shows. They had designer clothing salons within the stores and employed many women who worked their way up to become buyers and fashion directors. Along with models and fashion editors, these women dressed the part and helped disseminate the latest fashion trends. June Wells Dill, fashion editor for the Columbus Dispatch , Alice Crouthers, a buyer for Lazarus, Kathleen Busche and Nancy Davis, fashion directors for The Fashion and Lazarus, respectively, contributed garments from Columbus stores that are in the exhibition.

The New York fashion industry also regarded Columbus as an important part of the business. In 1964, the grandest fashion show of its time, the Coty American Fashion Critics’ Award Show, came to town, sponsored by the Dispatch and the major department stores. That year’s winner was a young Geoffrey Beene. This was the first year the show was presented outside of New York City.

Columbus was the nucleus of fashion for central Ohioans during these years, drawing customers from the surrounding countryside. They were all interested in purchasing the latest styles, or perhaps in acquiring that one special garment or accessory for a wedding or graduation. For many the trip to downtown Columbus, including a visit to the F&R Lazarus & Company, was a special occasion which required dressing up. The numerous department stores and specialty shops in the area provided a truly democratic variety of merchandise in the capital city, from designer fashions to bargain basement values. The stores of these golden years of downtown retailing will all now exist only in old photographs and memories. 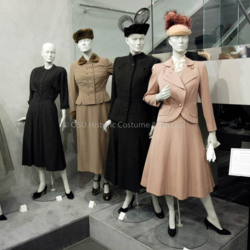 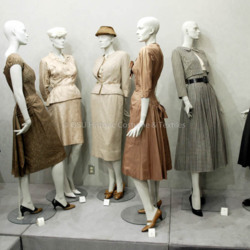 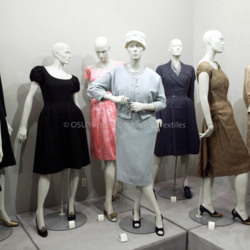 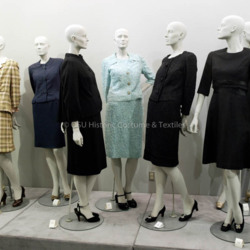 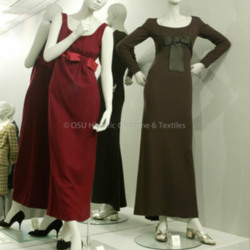 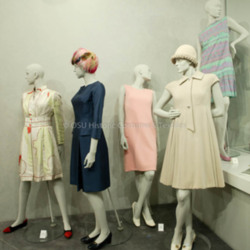 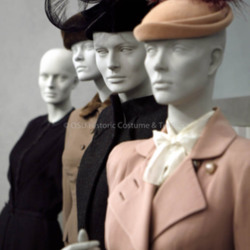 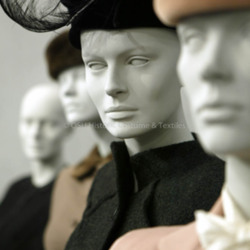 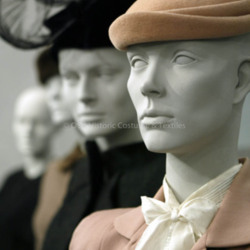 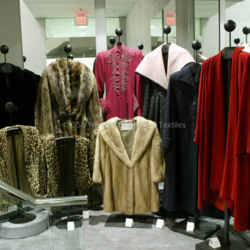 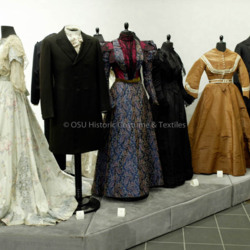 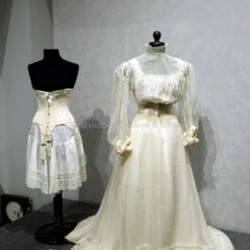 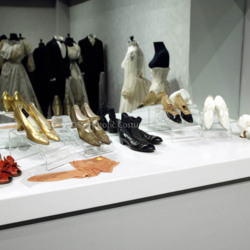 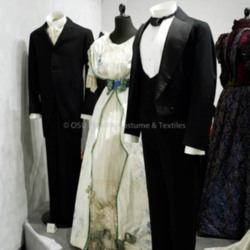 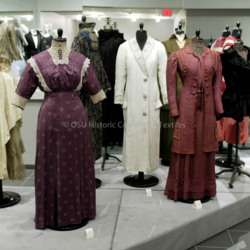 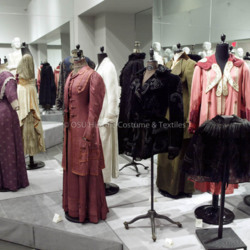 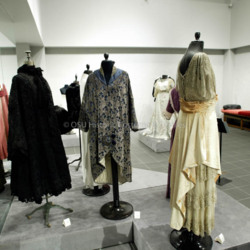 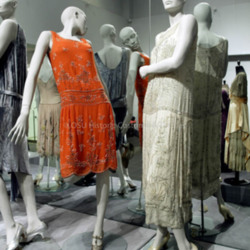 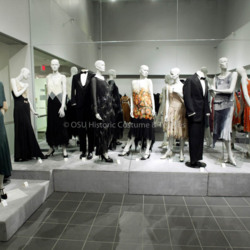 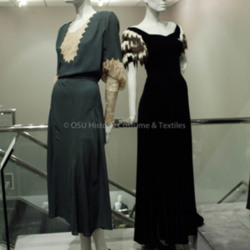 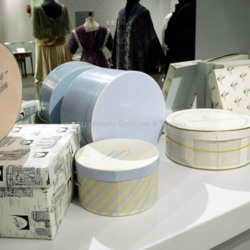