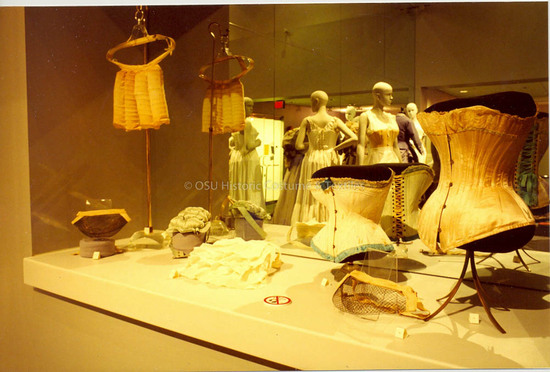 Reforming Fashion, 1850-1914 is about the women’s dress reform movement of the late 19th and early 20th century. Fashionable dress in the 19th century went through several silhouette changes from tubular to hourglass and back to tubular. The fashion of the dress silhouette was not dependent on the natural human body but rather on a range of undergarments including chemise, petticoats, hoops, bustles, and corsets to create an artificial shape. A growing number of people including feminists, health advocates, physicians, artists, and educators began to believe that women’s clothing, particularly fashionable dress, was harmful to women’s health. 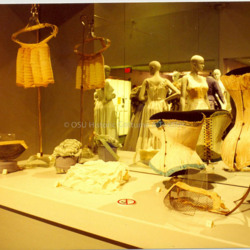 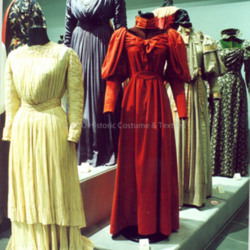 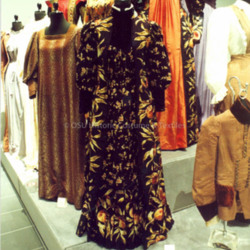 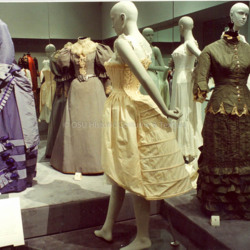 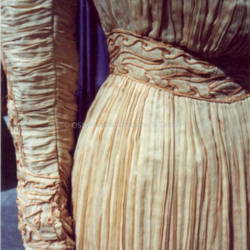 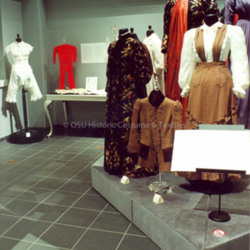 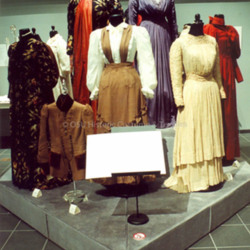 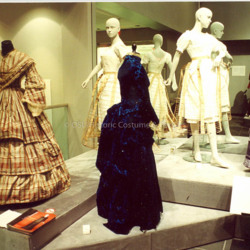 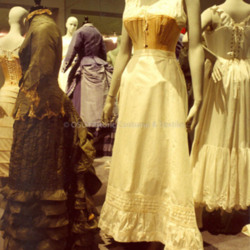 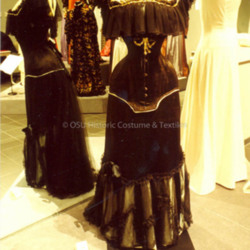 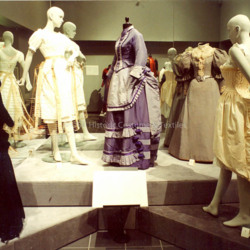 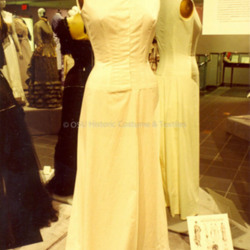 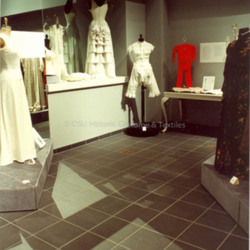