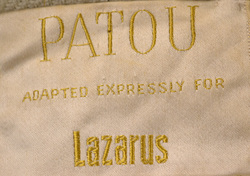 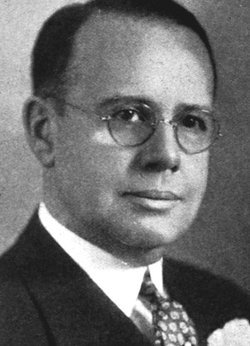 Lazarus was more than the largest department store in Columbus; it was one of the most significant and influential department stores in the United States due in large part to changes in retail merchandising practices implemented by Fred Lazarus Jr., who was vice president from 1917 to 1944. The most significant business venture Fred Jr. executed came about in 1929 and would have an enduring legacy. He met with Lincoln Filene, President of Filene’s Sons & Co. Department Store in Boston, and Walter N. Rothschild Sr., President of Abraham & Straus in Brooklyn, to create the holding company, Federated Department Stores. This was a shrewd move to consolidate resources, diversify capital and financial risk, and provide venues to train and promote store executives and employees. Federated started slowly throughout the Depression of the 1930s and war years of the 1940s, but when Fred Lazarus Jr. took charge as president in 1944, the company made additional store acquisitions that resulted in major profit increases. By 1965, Federated was the largest department store chain in the United States.

On a trip to Paris in 1927, Fred Jr. noticed dresses grouped together by size rather than price, which was the current U.S. practice. He realized that arranged this way, customers were able to find a wider selection of merchandise in their size and discovered that they frequently bought more expensive dresses than was their initial intention. He brought this idea back to Columbus and implemented it in the Lazarus store. He is still credited with establishing this U.S. merchandizing standard.

Fred Lazarus Jr. also is credited with convincing President Franklin D. Roosevelt to change the date on which the American Thanksgiving holiday was celebrated. In 1863, Abraham Lincoln established the holiday to be celebrated on the last Thursday of November. However, in 1939 the last Thursday of November was also the last day of the month, making for the shortest possible retail shopping season between Thanksgiving and Christmas. According to his nephew, Charles Y. Lazarus, Fred Jr.,

Congress made it official and nationwide in 1941. Retailers across the United States have Fred Lazarus Jr. to thank for these extra shopping days.