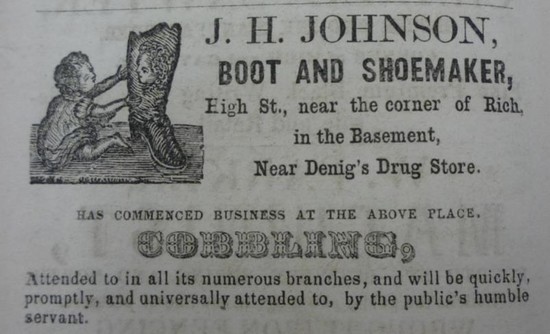 Although the Historic Costume & Textiles Collection does not own any artifacts from these clothing makers, the fashion story of Columbus also includes several African-American fashion makers and merchants, who appear in the city's directories beginning in the middle of the 19th century and were integral to the development and success of the clothing business in Columbus. Out of the 11 dressmakers listed in the 1852 Columbus city directory, one, Mary Jane Hopkins, was listed as "colored." She operated a business on Gay Street near Third Street.

Of the 22 boot and shoe makers listed in the same directory, two of those were listed as "colored," as was a shoe shop also listed. R.P. Hodge made shoes on Gay Street between High and Third, not far from Miss Hopkins’ dressmaking business, and J.H. Johnson had his shoemaking business in a basement location on High Street near the corner of Rich Street. F.B. Roney owned the "colored" shoe shop listed in the directory, located on High Street. 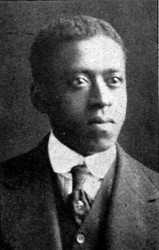 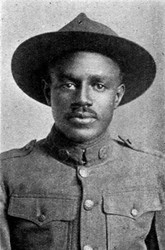