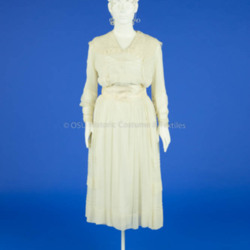 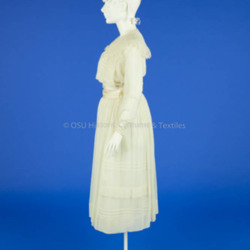 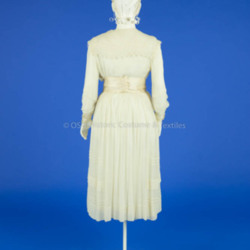 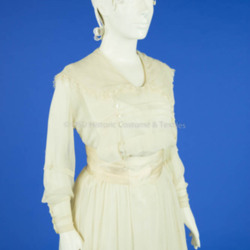 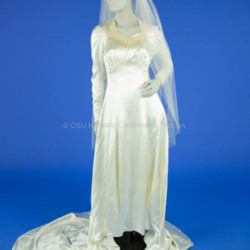 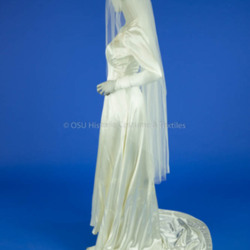 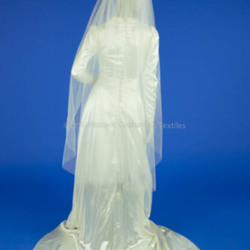 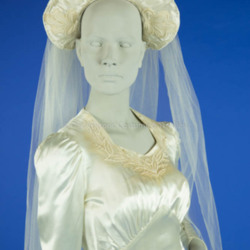 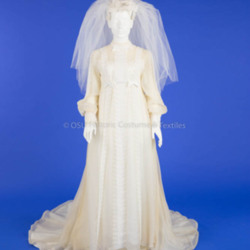 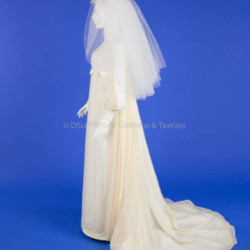 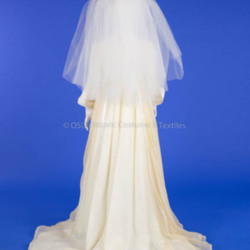 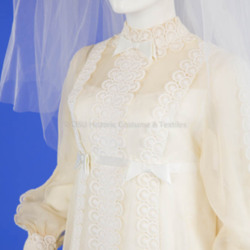 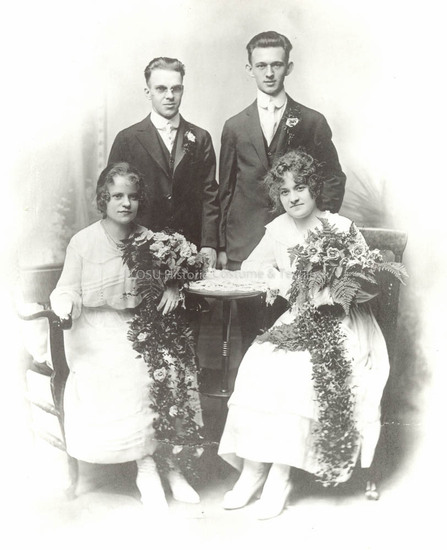 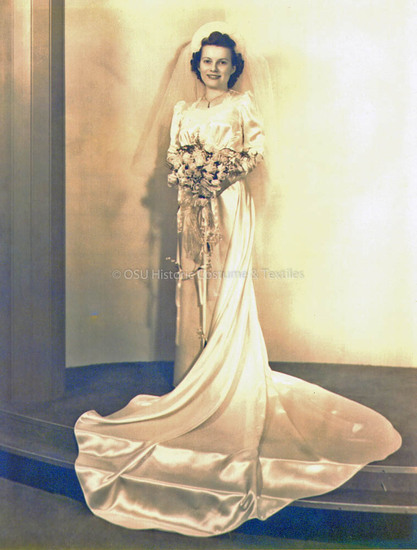 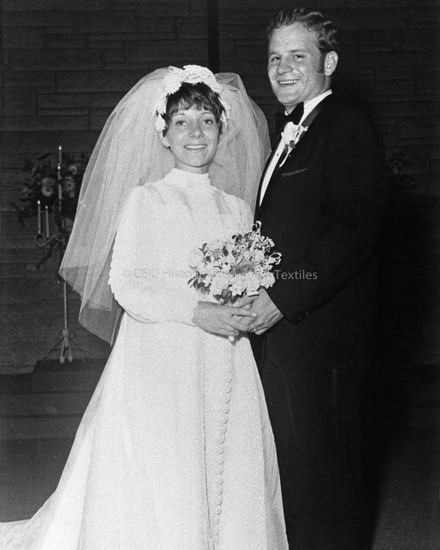 …a long sleeve ivory satin dress with high waist and train, and sweetheart neckline trimmed with pearls; 24 covered buttons and loops decorate the back of the dress. 1941

…a white organza and taffeta empire waist dress with high collar and vertical rows of applied lace trim, and a matching headpiece and with veil. 1970

These three dresses were worn by three generations of women in the same family. The first was worn by Hazel Pearl Clark in 1917, the second by her daughter Jane Lee Ramsdell in 1941, and the last by Hazel’s granddaughter and Jane’s daughter, Susan Lee Bashor, in 1970.

Hazel Pearl Clark married Ralph George Ramsdell in Cincinnati, Ohio on August 7, 1917. Hazel was the second of Katherine and Edward Clark’s three daughters, born April 11, 1895. Hazel’s father, Edward, was a machinist working in a machine shop at the time of her marriage. Ralph Ramsdell was the second oldest of seven siblings. He was born in Cincinnati on April 25, 1896 to Katherine and Charles Ramsdell. Ralph’s father, Charles, was an electrician and later a salesman at an electrical supply company. Ralph followed his father’s lead, working as an electrician throughout his life. Hazel and Ralph had four children, the oldest of whom was Jane Lee Ramsdell, born June 28, 1918.