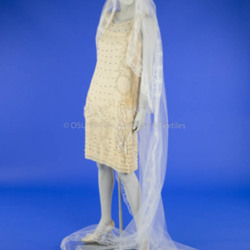 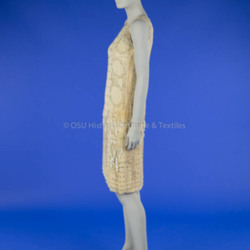 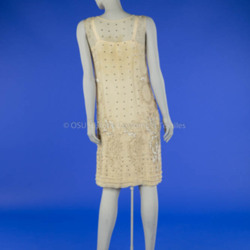 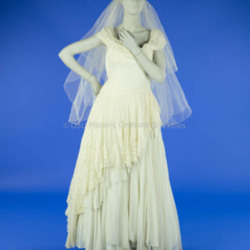 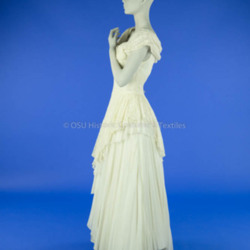 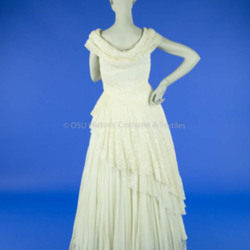 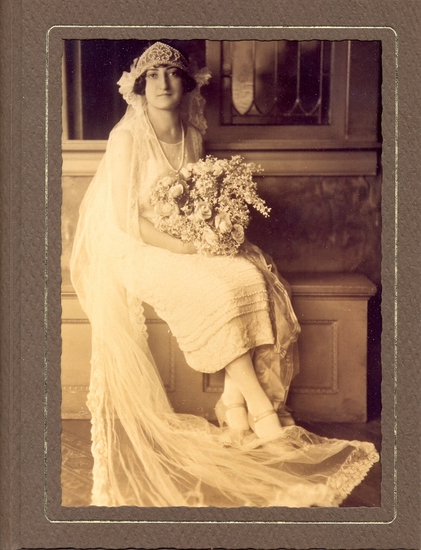 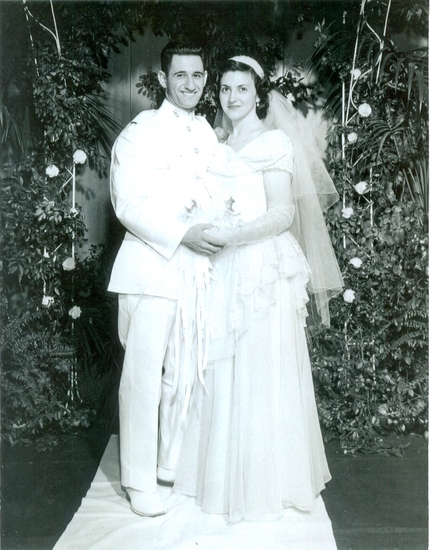 These dresses were worn by Libby Medoff and her daughter, Harriet Faye Weiner

Libby was born September 2, 1905 in Pittsburgh, PA to Becky Kramer and David Medoff, who emigrated from Kiev, Russia shortly before the turn of the century. Libby was the oldest of three children and the only girl. Her father worked as a cap-maker before and after moving to the U.S. His must have been a lucrative business as he was able to afford this elaborately beaded wedding gown for his daughter. It was originally longer as can be seen in the portrait of her, but as fashions for shorter hemlines proceeded through the decade of the 1920s, Libby must have shortened the dress to extend its life for other formal or dance occasions.

Libby’s husband, Louis Weiner was born on October 12, 1898 in Pliskov, Russia to Anna Schneider and Eli Weiner.  Louis arrived in the U.S. from Russia on August 19, 1913. Louis’ father, Eli, was a barrel dealer. Shortly after their marriage, Libby and Louis moved from Pittsburgh to Canton, OH, where Louis worked as a pharmacist at Physician’s Pharmacy for 40 years, and their daughter, Harriet was born on January 23, 1930. Harriet’s passion was music and the piano. She gave lessons and performed in every community in which she lived.

Harriet’s husband, Frederic, was born October 25, 1927 in Pittsburgh, PA to Edith Reck and Robert Green, a chauffeur who had been working to support his family from a young age. Frederic enlisted in the armed forces at the age 17 in 1944. He was a career military officer, a Lieutenant Colonel in the Marine Corps. Because of that, Harriet and Frederic moved several times before settling in Columbus, Ohio, when Fred retired. Harriet and Fred were blessed with five children, two boys and three girls.