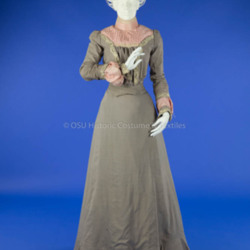 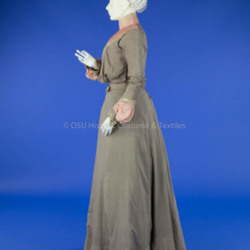 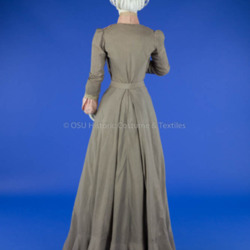 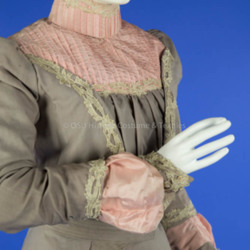 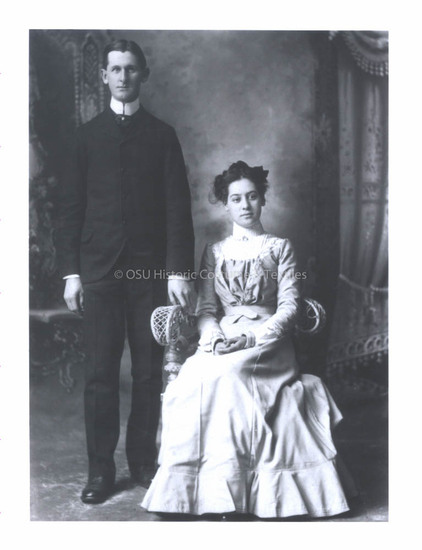 Nelle Spaulding wore this dress upon her marriage to Frank Clarence Wolfe on February 17th, 1902.

Nelle was born in Athens County, Ohio on September 7, 1881, the only girl of three children. Her father, John, worked as a farmer. Nelle’s dress is fashionable for 1902 and a typical ‘good’ dress for a farmer’s daughter or working class woman that would be worn for special occasions such as going to church on Sundays. These dresses were often worn as wedding dresses because not all levels of society had the economic wherewithal to afford a special white wedding dress that would be only worn once.

Nelle’s husband, Frank Wolfe, was born October 27, 1876 and also worked as a farmer until they moved to Columbus just prior to 1930. Nelle and Frank had three children: Alice, Charlotte and Francis. Sadly, Frank passed away in an accident in 1934. Nelle continued to live in Columbus until her passing in 1956.