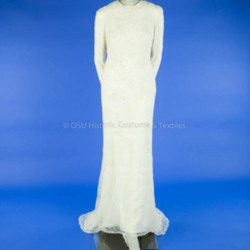 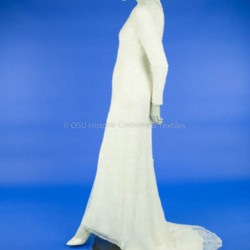 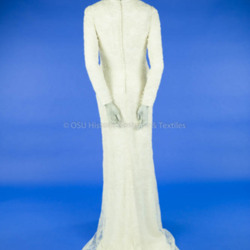 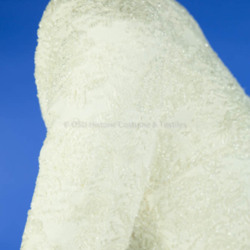 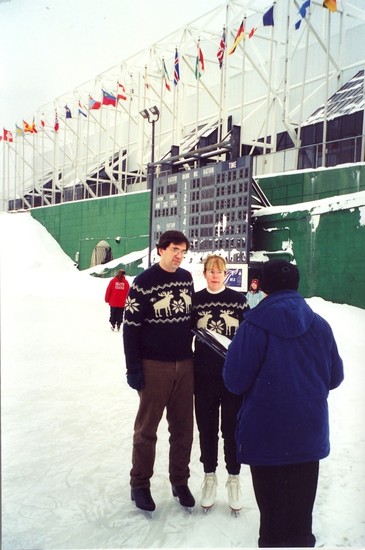 Margaret Carney was born April 30, 1949 in Iowa City, IA. She is a ceramics historian with a Ph.D. in Asian Art history, and a background in anthropology and archaeology.  Margaret currently serves as curator of the Blair Museum of Lithophanes in Toledo. Her dress was purchased with the intention of being worn for her wedding to William Walker Jr. on May 1, 1999. The groom, however, got cold feet and the ceremony was cancelled three days prior to the event.

This is not the end of the story, however. The couple did finally get married on December 28, 2002 in Lake Placid, New York. They wore matching moose sweaters and ice skates on the Olympic Speed Skating Oval in Lake Placid. They had to have permission from the Olympic authorities to get married there, by a justice of the peace, because no one had done it before. Margaret and William return to the ice in Lake Placid every year on their anniversary, wearing their matching moose sweaters, to recreate the event.