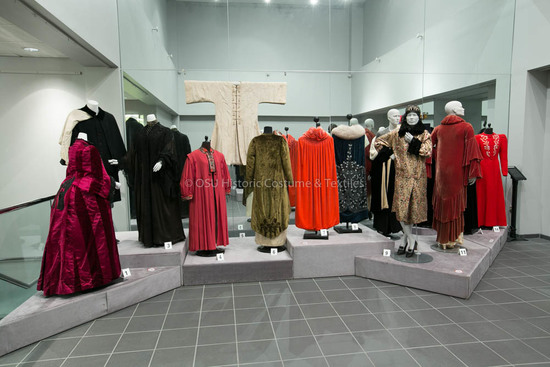 All Wrapped Up: A Sampling of Fashionable Outerwear celebrates spring semester’s transition from cold wintry temperatures into wet spring months with an exhibition of the garments that help keep us warm and dry. It is a history of fashion in the guise of capes, coats, and cloaks showcasing objects of luxurious adornment, exquisite tailoring, and practical utility.

Luxurious evening wraps are most plentiful in the decades of the opulent Belle Epoque, (1871-1914) and during the flamboyant 1920s Jazz Age and 1930s era of Hollywood glamor, while attention to tailoring and design detail is well paid in the wool coats for daywear from the late 19th century through to designer examples at the end of the 20th century. Iconic examples of outerwear such as the trench coat, as well as the bomber jacket, evolved from military fashions, while other jackets such as the motorcycle and jean jacket rose out of popular culture and the working classes.

The onset of the automobile required use of an overcoat, the duster, which was worn to protect one’s clothing underneath from the dust that would come into the windowless vehicles. Later in its history, shorter car coats evolved, eliminating the longer skirts of coats that got caught up in one’s feet while trying to drive.

A look at outerwear over the decades provides insight into not only the social history and popular culture prevalent at the time of its wearing, but also a glimpse into the science and technology of fabrics and fibers in the effort to keep us warm and dry. Coated wool fibers were developed early on for use in trench coats to keep out the rain, while in later years, plastics and plastic coatings found use in raincoats. Heavy wool overcoats provided warmth because of wool’s natural thermal characteristics for decades, but when down coats emerged on the fashion scene in the 1980s, they were warmer than wool and weighed significantly less.

Coats and outerwear are often seen only as practical and functional items of clothing and are overlooked for their design merit and aesthetic appeal. With this exhibition, we hope to change that point of view and build appreciation for outerwear that, in addition to having a utilitarian purpose, can also be fun, elegant and expressive. 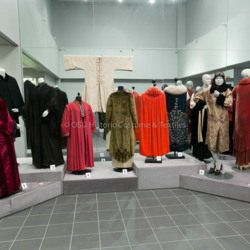 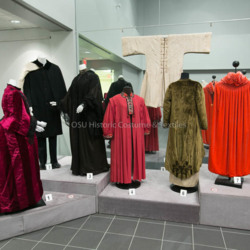 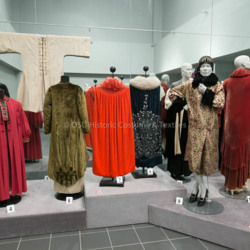 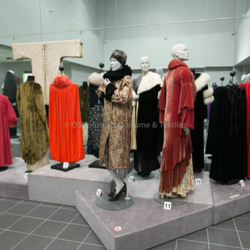 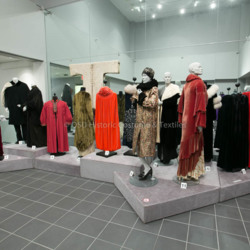 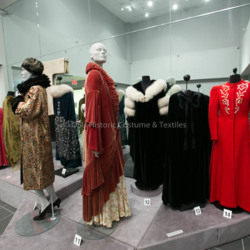 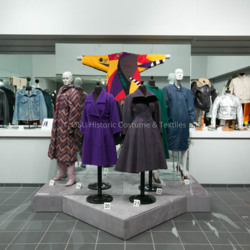 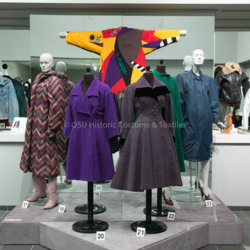 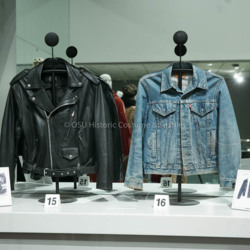 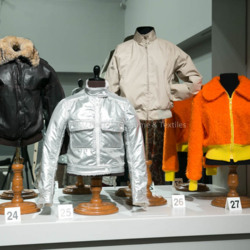 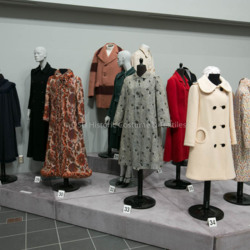 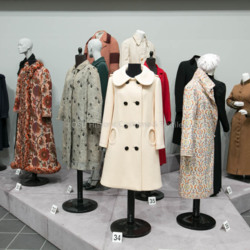 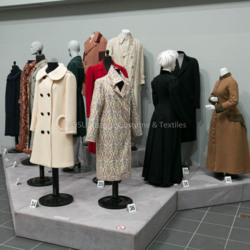 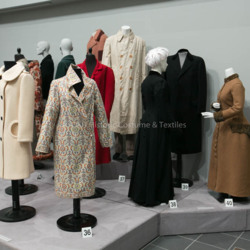 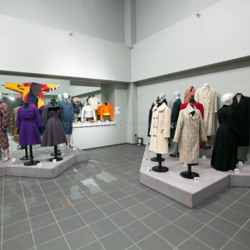 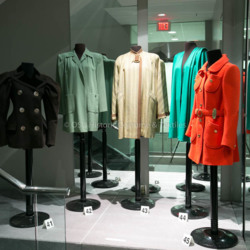 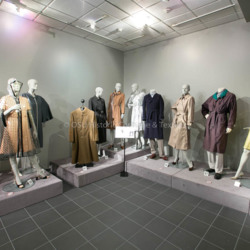 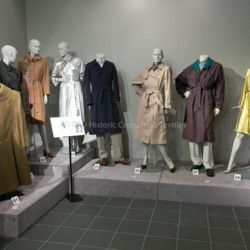 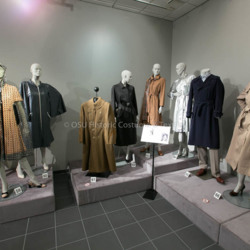 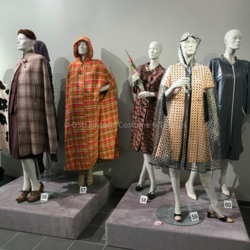 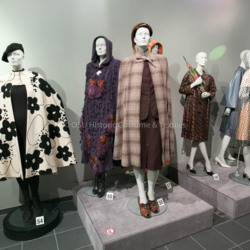 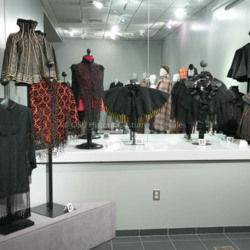 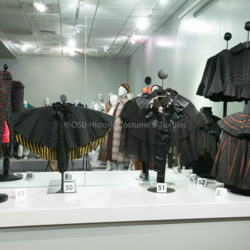 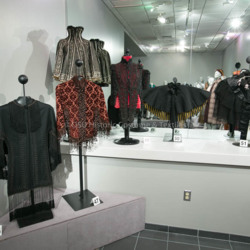 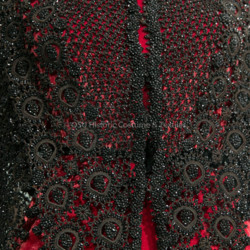 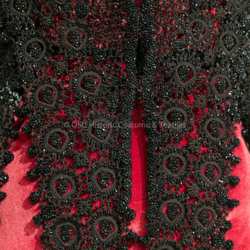