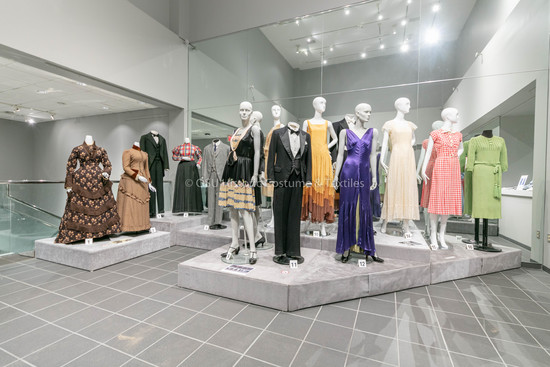 The Ohio State University began celebrating its 150th anniversary this academic year and we are doing our part with an exhibition that takes a look at what people were wearing on college campuses for the past 150 years. The exhibit features what people wore to class, what they wore in the dorms (today sometimes those garments are the same but that was not true in the past), what was worn to football games or other activities, and what clothing was worn for special occasions related to college life such as formals or joining honors societies, fraternities or sororities.
In addition, we are featuring some student projects from design, construction, pattern-making and tailoring classes from years past. Pictures from the OSU Archives photograph collection in the exhibition highlight student life over the decades. A particular interesting series highlights the evolution of classes in Nutrition and Fashion from the early days of the Department of Domestic Science, and School of Home Economics.
Spotlights about alumni who've worn clothing in the exhibition include Grace Heck Faust, who graduated OSU Law School in 1930 (one of two female law graduates) and was the first woman in Ohio to be elected as a prosecuting attorney.
Dr. Ruth E. Moore is another notable alumna. She received all her degrees at Ohio State and was the first African American woman to earn a PhD in a natural Science. She taught at Howard University Medical College and also chaired the Department of Bacteriology from 1947-58. 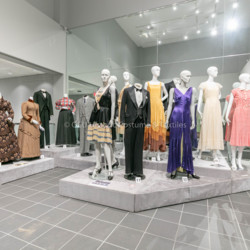 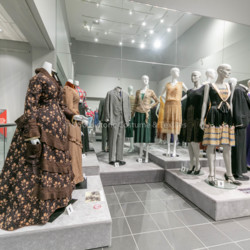 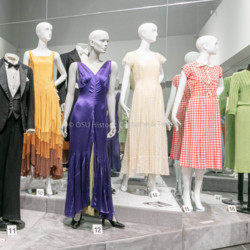 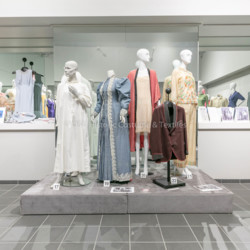 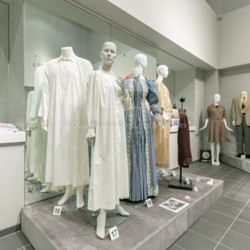 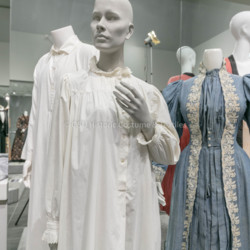 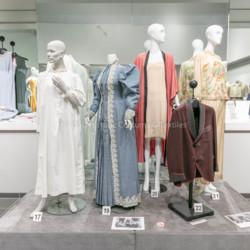 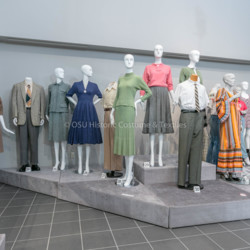 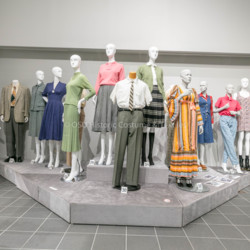 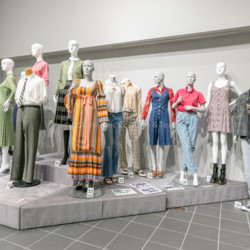 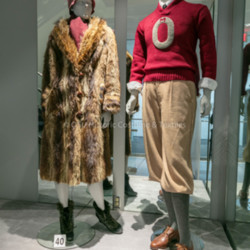 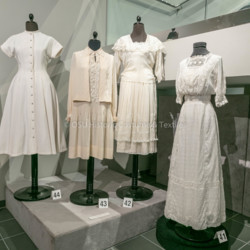 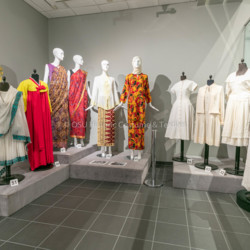 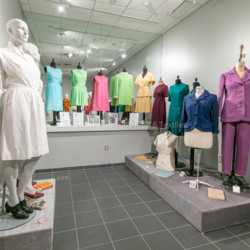 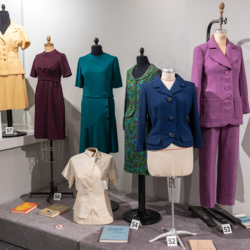 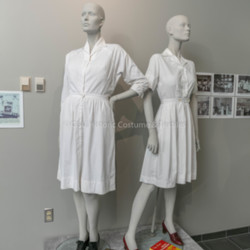