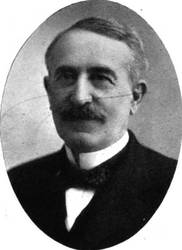 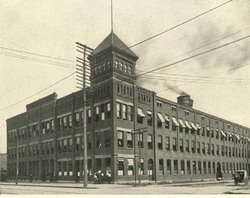 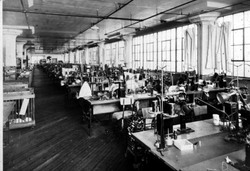 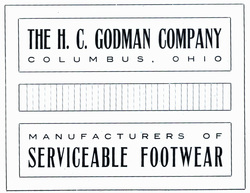 H.C. Godman Co. advertisement for police footwear. Image courtesy of the History of the Police Department of Columbus, Ohio, 1908.

In addition to uniforms, Columbus was also a significant manufacturer of shoes in the country. Between 1880 and 1975, shoe manufacturing was a major industry in the city, and one out of every eight shoes made in the United States in 1900 was made in Columbus. According to Osman Castle Hooper's History of the City of Columbus, OH, published in 1920, the shoe industry began in the city in 1849, but was revitalized when H.C. Godman began manufacturing high-class shoes in 1880. At the time, there was a general impression that good shoes could not be manufactured west of Lynn, Masachusetts, but Godman and his shoes changed that opinion.

Label that appeared on the top of boxes for H.C. Godman shoes. Image courtesy of Columbus Metropolitan Library. 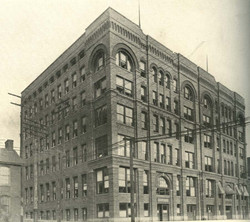 Two brothers who worked for Godman, Robert F. and Harry Wolfe, went on to establish their own shoe company in 1890, and in 1901, the Wolfe Brothers Shoe Company was manufacturing 7,000 pairs of shoes a day. Profits from the Wolfe Brothers Shoe Company were later used to purchase two newspapers in Columbus: the Ohio State Journal in 1903, and the Columbus Dispatch in 1905. The latter has become the primary newspaper of the Columbus area, and was owned by the Wolfe family for 110 years until its sale in 2015 to the New Media Investment Group. 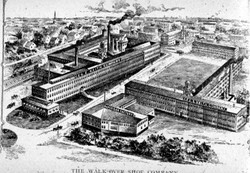 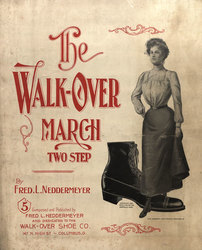 Cover of sheet music for "The Walk-Over March," dedicated to the Walk-Over Shoe Co., 1902. Image courtesy of Columbus Metropolitan Library. 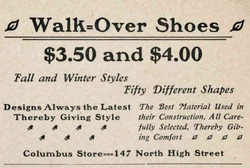