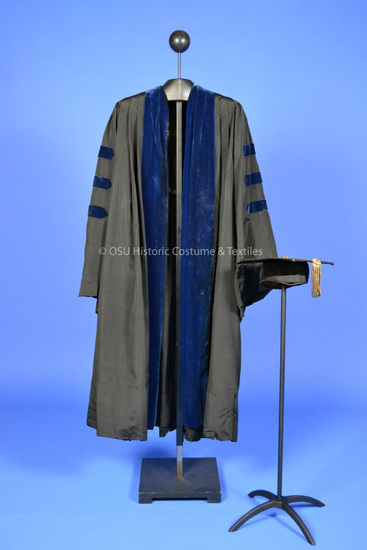 An academic gown and mortarboard in the collection, belonging to Dr. James Hagerty, also carries the label of The M.C. Lilley and Co. Manufacturers, Columbus, Ohio. Dr. James Hagerty, who lived from 1869 to 1946, was a professor of sociology and social administration at The Ohio State University from 1901 to 1940. He was the first chair of the Department of Sociology, the first director of the School of Social Administration, and the first dean of the College of Commerce and Journalism. A new building for this department was constructed on the Oval, the quad in the center of Ohio State's main academic campus, in 1924, and was later renamed Hagerty Hall, in his honor, in 1943. Hagerty was also connected to the Columbus clothing industry, as he married Lucile Joyce in 1907, whose father was one of the founders of the successful Green-Joyce Dry Goods Company located in Columbus.

Dr. Hagerty would have purchased this gown after receiving his PhD in 1900, as its blue velvet trim indicates a degree of Doctor of Philosophy. The gown is black silk trimmed in dark blue velvet around the neckline with three bars on the shoulders signifying a PhD in philosophy. The mortarboard is black velvet with a gold tassel made of small metal coils and the cap is faced with leather. 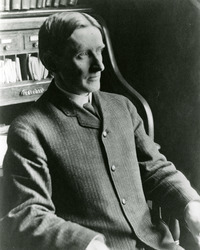 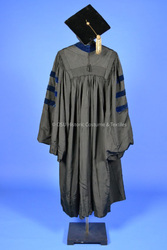 Back view of cap and gown 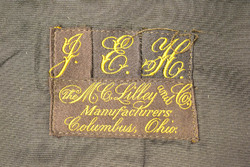 Label within the graduation robe 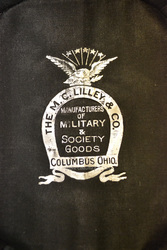 Label within the mortarboard