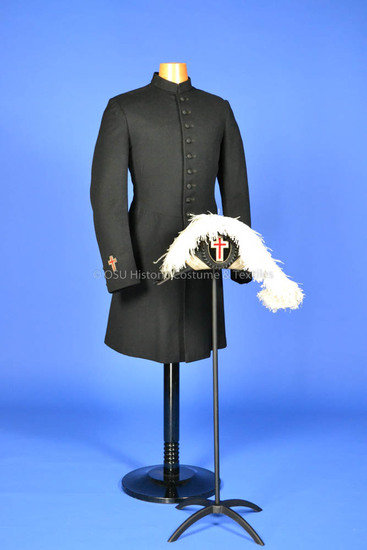 The Historic Costume & Textiles Collection also owns two uniforms for the Knights Templar fraternal organization that were manufactured by M.C. Lilley & Co. One is a military-style black wool frock coat, made for Ray Gilbert in 1927, with self-covered black buttons, 3 buttons on each sleeve cuff, and a back vent with 4 buttons. There is an epaulet loop on the right shoulder. a narrow stand-up band collar, and, at the bottom of each sleeve, the Knights Templar emblem, an appliqued red cross outlied in gold thread.

The collection also contains a matching Knights Templar bicorn hat, made of black plush with two white ostrich plumes over one black ostrich plume. The hat also contains silver ribbon trim and a medallion with the Knights Templar emblem outlined in silver. The label on these pieces only reads The Lilley Company, indicating that these were manufactured in the 1920s when this name for the company was used on their clothing. 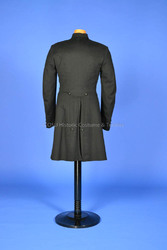 Back view of coat 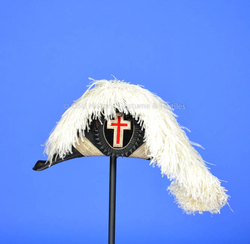 Left side of bicorn 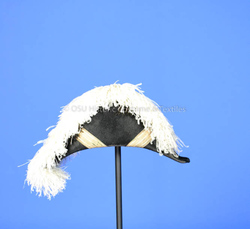 Right side of bicorn