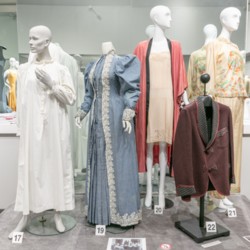 Garments worn in the college dorm 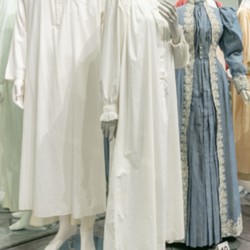 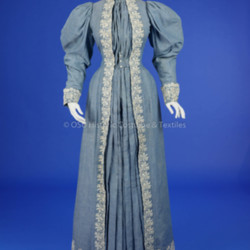 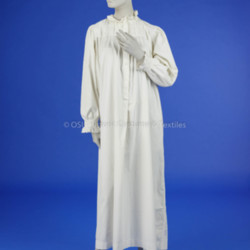 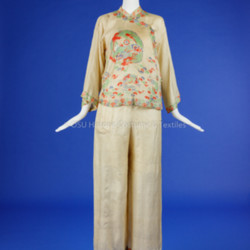 While men were provided housing in university residence halls from the foundation of the university in 1879, women students had no dormitory on campus until 1908. Oxley Hall, the first women’s dorm, was designed by a woman and OSU alumna, Florence Kenyon Hayden, and was completed under time and under budget. Dormitories, for both men and women, provided students with a spirit of shared community, as well as a place to relax, socialize and study. A typical college room in the late 19th century, included scattered rugs on a hardwood floor, a wicker chair or rocking chair and a small desk. Dormitories were a place for men and women to unwind in a way that they could not in mixed company. Men could remove their jackets and roll up their shirtsleeves or don a smoking jacket, while women could loosen their corsets or relax in their interior gowns.

There was a Men’s Residence Halls Association, which established rules for men living in dorms, but these rules were fairly minor in comparison to the much longer list of regulations for women’s behavior on campus. For example, the Women’s Residence Hall Council provides a list of regulations regarding attire in their 1957 handbook. It reads, “For dinner on school days, including Saturdays: Dresses, or skirts with either blouses or sweaters. No slacks, bermudas or jeans. No shirt tails out and no sweatshirts.” 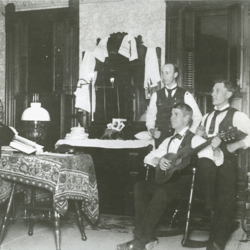 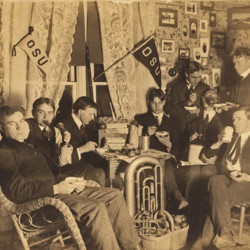 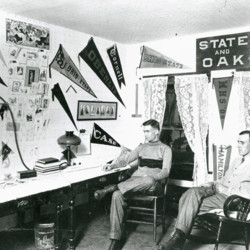 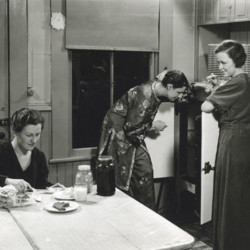 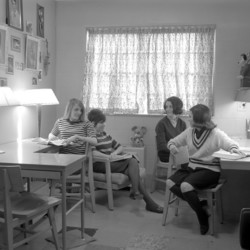 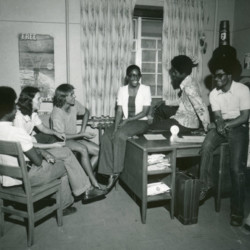