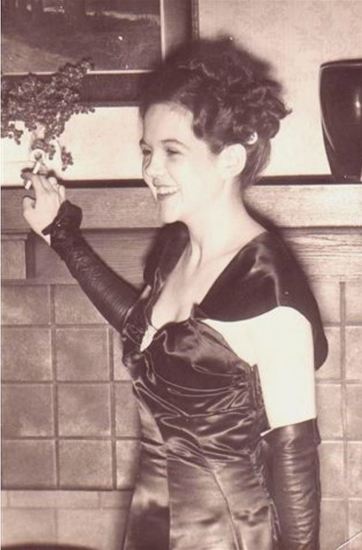 Betty Kibele (née Stirling) attended The Ohio State University as a student in Home Economics in the late 1930s. Betty was a member of Delta Delta Delta, and served as a campus representative for a local downtown clothing store, The Union. This entailed modeling and putting on fashion shows for the campus sororities.

Like many students today and others with Betty during the Depression, the high cost of a college education prevents them from finishing. However, she and her husband Bob, a graduate of OSU in 1938, passed on their belief in the importance of a college education to their two daughters Judy and Jean, who also attended OSU and received their Bachelor Degrees in Education in 1967 and 1968, respectively. Jean also received her Masters of Education in 1973.