Grace Faust (née Heck) graduated from The Ohio State University with a Bachelor of Arts in 1928 and a LL.B. degree (law) in 1930. She was one of the two female law graduates that year. Grace was a member of Zeta Tau Alpha, Phi Beta Kappa honor Society and Kappa Beta Pi, a professional law sorority. Grace was born in 1905 in Tremont City, Ohio to Thomas and Mary Heck. Grace was the first woman in Ohio to be elected as a prosecuting attorney. She was elected in Champaign County, and served two terms. In 1954, Grace was elected Municipal Judge of Urbana and Champaign County and served two terms in that capacity. After her judgeship, she started a private practice in Urbana and Springfield. In 1990, Grace became the first woman to receive Ohio State University’s highest honor, the distinguished Alumna Award. 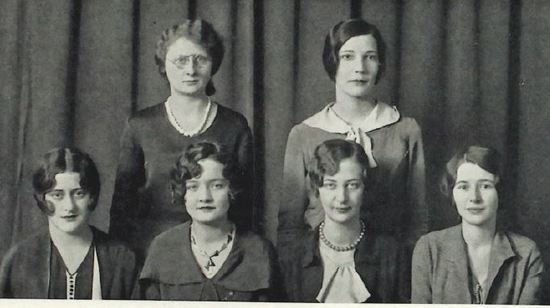