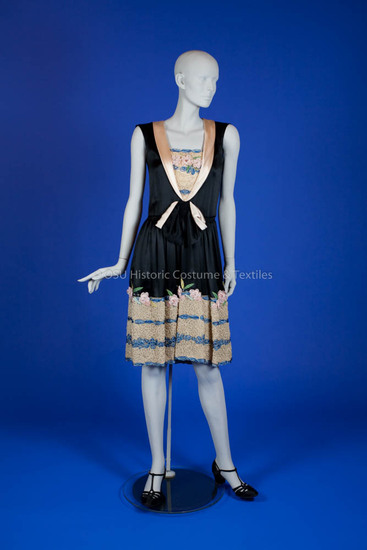 Ruth Herndon (née Weinman) graduated from The Ohio State University with a Bachelor of Arts in Sociology in 1929. Ruth was born in Columbus, Ohio on September 6, 1907 to William and Henrietta Weinman. William was the owner of the Weinman Pump Manufacturing Company. The Weinman family was a prominent German-American family in Columbus throughout the 20th century. Ruth graduated from The Columbus School for Girls in 1925 before enrolling at OSU. Ruth would marry another 1929 OSU graduate, L. Kermit Herndon, in 1929.

Ruth wore this dress to formal occasions while a student at OSU from 1925-29.