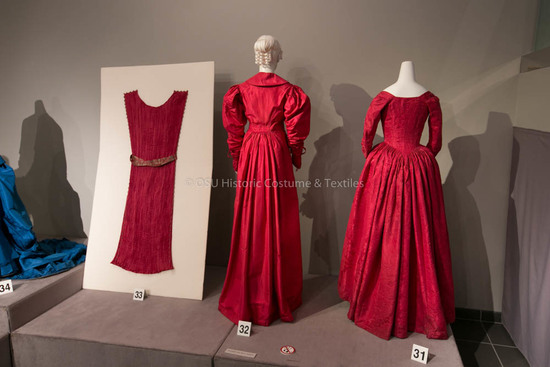 Installation image of red gowns in the exhibition.

The three red artifacts displayed here were most certainly dyed with cochineal. The English-style open gown dates from 1770-1785. Its dark, rich red color has an almost pink quality, and blue undertones, which has remained remarkably colorfast despite its age. Likewise, the color of the 1825 pelisse shown adjacent is also in excellent condition. It is worth noting that cochineal was more colorfast than its later synthetic aniline and alizarin counterparts and was still favored by some fashion designers in the 20th century for its superior quality. One such couturier was Mariano Fortuny.

Fortuny was a meticulous student of color. His library contained numerous volumes about the process of dyeing and printing, which he studied alongside works analyzing the techniques of painters such as Titian. In an age where mass-produced synthetic pigments and dyes were readily available, Fortuny continued to use natural colors, including cochineal. A recent analysis of Fortuny pieces in the collection of the Museo del Traje in Madrid, Spain found that all but one piece contained carminic acid, the main colorant of cochineal. Among these artifacts was a pleated Delphos gown of almost the exact style and age of the one exhibited here. 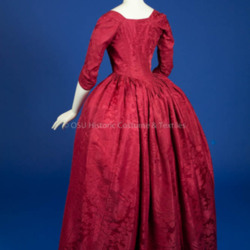 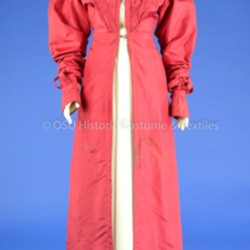 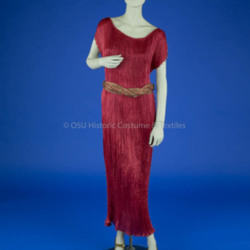