Cultural Meanings of Red and Blue 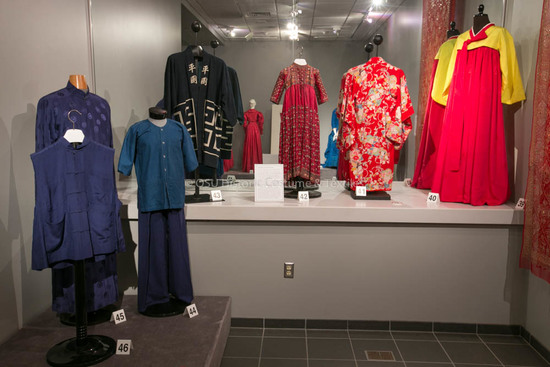 Installation image of artifacts in exhibition.

Some meanings of red and blue transcend cultural boundaries while others are meaningful only within a cultural context. For instance, red is an auspicious color in Asian cultures and often worn for ceremonial occasions, particularly weddings. The red sari, Korean bride’s costume, and ceremonial wedding dress for an Indian child marriage, all relate to celebrating that particular rite of passage. The child’s Japanese kimono, on the other hand, celebrates another right of passage, Shichi-go-san(7-5-3), which celebrates the age when a girl or boy dons her/his first formal traditional kimono.

Blue does not have a similar cultural meaning across Asia, but like in many other parts of the world, was a color associated with peasant or working classes via indigo-dyed clothing. The Japanese tradesman’s coat exhibits sophisticated resist dyeing, while the indigo shirt and trousers are typical of Southeast Asian farmers and fisherman.

In China, even though blue was a color associated with peasant farmers, it was also the color of imperial officials’ robes in the Qing Dynasty. When Sun Yat-Sen donned the 4-pocket, 5-button tunic suit after the founding of the Republic of China, he was expressing a uniquely Chinese form of dress that combined elements of traditional Chinese and Western fashion. Although the suit was available in tan and gray in addition to blue, it was the blue suit that was widely worn by all Chinese men during and well beyond the reign of Mao Zedong. The blue vest incorporates the 4-pocket, 5-button design of the Mao suit. 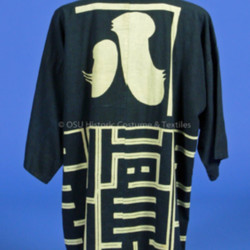 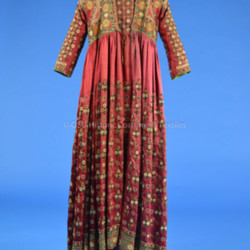 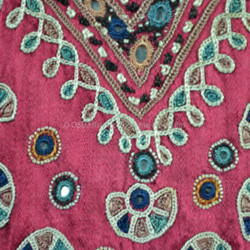 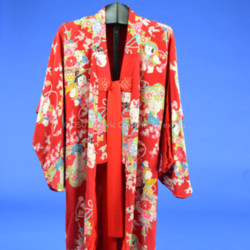 ← A Man of Leisure
Cultural Meanings of Red and Blue