A Man of Leisure 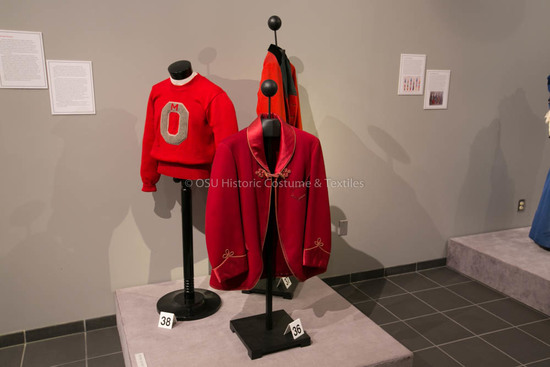 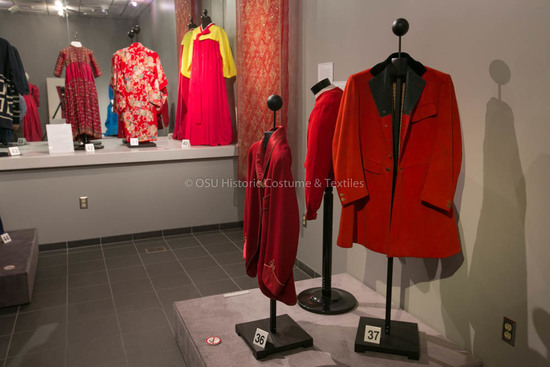 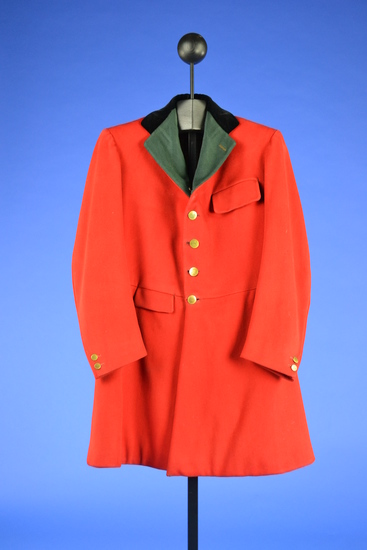 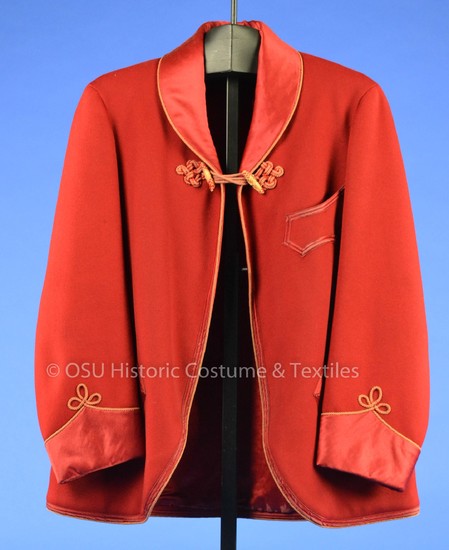 Red disappeared from men’s wardrobes about the middle of the 19th century, except in the case of sporting or leisure wear, where it was still acceptable attire.

It is generally thought that the origin of the red (or scarlet as it is often referred) hunt coat is as a badge of royal livery. This is likely due to the fact that King Henry II ordained the hunt as a royal sport in the 12th century. Strict hunting etiquette requires that the hunt staffand officials wear red coats, called Pinks, while members of the field wear a dark blue or a black hunting coat.The hunting coat featured in this exhibit was worn by Herbert Robert Hislop, a member of the Rocky Fork Headley Hunt in Gahanna, Ohio, founded in 1925. Mr. Hislop was probably among the founding members. His hunt coat was made in England in 1926 and features buttons monogrammed with RFH, the initials of the club.

Although its origins are centuries earlier, the popularity of the smoking jacket increased throughout the 19th century, as international trade expanded. By 1850, Turkish tobacco was particularly popular, thanks in part to the Crimean War. It was common for a man of leisure to enjoy a cigar or pipe along with a glass of port in his sitting room after dinner. The smoking jacket was a form of casual undress, reserved for the privacy of the home. It served to keep a man warm and comfortable, while protecting his clothes from falling ash and the smell of smoke. The red smoking jacketon display was worn by William James Weimer and was more than likely purchased at the time of his marriage in 1918.