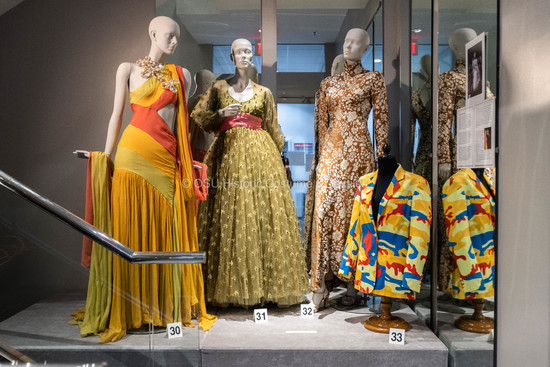 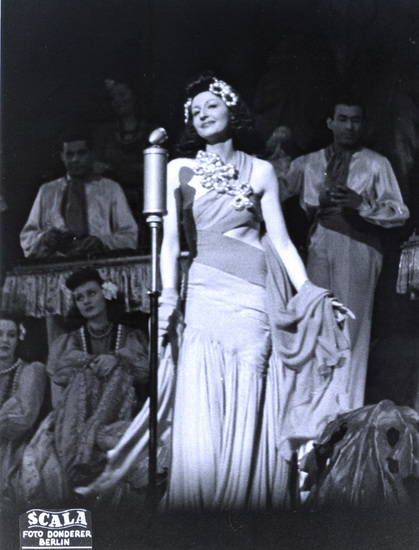 Canta Maya performing at La Scala in Berlin in 1939 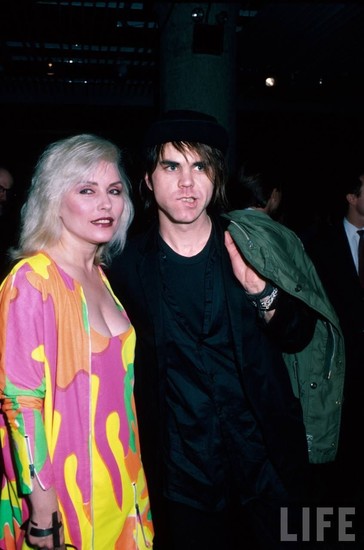 It is common for performers to form close relationships with fashion designers, as the partnership has mutual benefits for each. Designers have an opportunity to display their work to a large audience, build their brand and expand their market. Performers, likewise, are able to work closely with designers to hone their image. Countless examples can be found throughout music history. Some of the most memorable include Cher and Bob Mackie and Madonna and Jean-Paul Gauthier for her Blonde Ambition Tour in 1990. This exhibit highlights four examples of performer-designer partnerships represented in the collection.

Elizabeth Gimbel was a performer at the Scala cabaret in Berlin, Germany in the late 1930s. She was known by the stage name “Canta Maya” and performed in elaborate garments designed by Seldenhammer. The collection has two other costumes designed by Seldenhammer for Canta Maya for her cabaret performances. Elizabeth was only 17 or so when this costume was designed. Like many other German Jewish cabaret performers, she would flee Berlin by 1940. She married an Ambassador from Mexico, moving there to continue her career.

Mildred Miller Posvar, nicknamed Cherubino during her opera career, wore the green evening gown on display for opera performances. Mildred was born in Cleveland, Ohio in 1924 and was a performer for the Metropolitan Opera for 23 seasons. She met Jack Edwards, a costume designer, when they were both young aspiring artists in New York City. Jack would go on to dress everyone from Carol Burnett to Katharine Hepburn. Jack spent18 years as the costume director and designer at the Guthrie Theater in Minneapolis/St. Paul, while also making clothes for private clients like Mildred and Prince.

Charles Kleibacker, former curator and designer in residence with the Historic Costume & Textiles Collection, designed the copper and tan brocade gown for the internationally recognized singer, Hildegarde, in the 1970s. Hildegarde’s and Charles’ relationship spanned decades. One of his first jobs out of school was as her secretary and chauffeur, driving her between performances in the 1940s. When he accompanied her to Paris to shop for gowns at Dior, Charles was bitten hard by the fashion design bug. He became a designer of women’s fashion, selling dresses to Bergdorf Goodman’s and Henri Bendel’s, and creating couture fashion for private clients. One of those clients was his old boss, “The Incomparable Hildegarde,” for whom he created this dress late in her career.

While this jacket, designed by Stephen Sprouse, did not belong to a performer, it is the same Sprouse textile design worn by Debbie Harry of Blondie in the late 1980s. Sprouse and Harry met early in their careers, living in the same building in New York City where renters shared a bathroom down the hall. Sprouse was born in Dayton, Ohio in 1953 and began working for Halston in New York City in the 1970s. Debbie Harry, was an up-and-coming performer in the New York CBGB club scene. Sprouse created the dress Debbie Harry wore for the “Heart of Glass” video in 1979, giving his work a great deal of media exposure. For his Fall 1987 and Spring 1988 collections, he was given permission to use one of Andy Warhol's "Camouflage" screen-prints to utilize as a textile design. Sprouse created a secondary print, based on Warhol's original. The jacket on display here is from this collection.

← Grunge: Here We Are Now, Entertain Us...
Concert T-Shirts →
Artists and Performers