Grunge: Here We Are Now, Entertain Us... 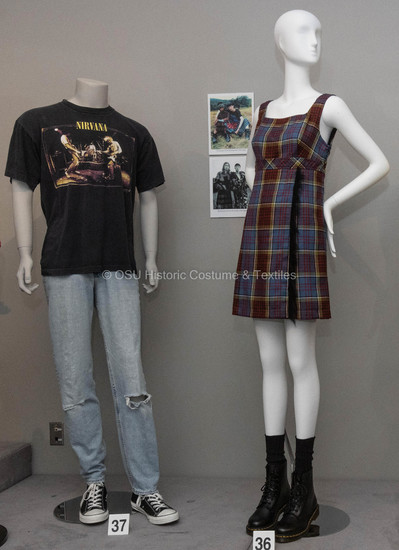 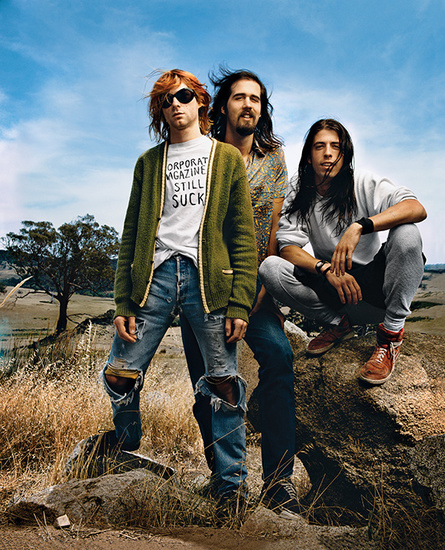 The term “grunge” was first used to describe the Pacific Northwest garage rock of the late 1950s and 1960s. Grunge would continue to grow as a local sound, essentially ignored by the rest of the country, until about 1988. Grunge evolved from punk music, with influence from heavy metal, and was a melancholy, and sometimes-bitter critique of late 1980s and early 1990s society. The grunge generation was Generation X, also dubbed the “latchkey generation” or the “MTV generation.” Generation X was lambasted in the press as lazy, self-involved, and cynical. While the first moderately successful grunge single was Mudhoney’s “Touch Me I’m Sick,” grunge truly hit the mainstream with the release of Nirvana’s album Nevermind in 1991.

Flannel shirts, ripped baby doll dresses, torn tights and rainbow-hued hairstyles, characterized grunge style. Torn jeans, Doc Martens shoes and dresses/skirts for men were also common. The popularity of grunge fashion for flannel shirts led to a spike in sales for L.L. Bean, as well as a surge in sales for secondhand stores. Mainstream and high fashion quickly jumped on the trend for grunge, with the December 1992 issue of Vogue declaring it the year’s hottest fashion trend. The issue featured a multiple page fashion shoot of designer grunge offerings. Designers, such as Anna Sui, built their early careers on high-end interpretations of grunge style. The successful adaptation of grunge to high fashion angered both Gen X devotees to the music and some couture designers. John Paul Gaultier was noted as saying, “Grunge is nothing more than the way we dress when we have no money.” 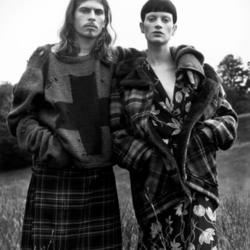 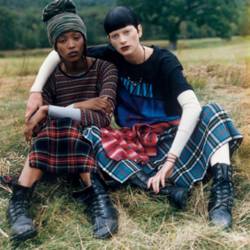 ← Sean John and the Rap Artist as Deisgner
Artists and Performers →
Grunge: Here We Are Now, Entertain Us...