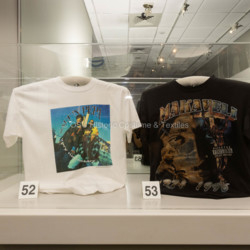 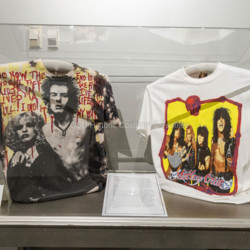 The t-shirt has evolved from its origins as a man’s underwear to a standard part of almost everyone’s wardrobe. This transformation is relatively recent, however, and can be traced back to the youth of the 1950s. While young children wore t-shirts as underwear since the 1920s, it was not until Marlon Brando wore one in A Streetcar Named Desire that they became more popular. The pairing of a white t-shirt with a motorcycle jacket became a symbol of youthful rebellion. By the 1960s, printed t-shirts became popular as a form of casual dress and were often emblazoned with protest messages or advertising slogans. The emergence of the t-shirt as a form of band merchandise, however, is largely due to Bill Graham.

Bill Graham was a rock producer in San Francisco who developed artists like Janis Joplin and the Grateful Dead. In 1968, Graham co-founded Winterland Productions, which is credited as being the first concert t-shirt manufacturing company. The tie-dyed t-shirts featuring the Grateful Dead were the most popular and linked a particular fashion statement with a band’s music and message. The emergence of stadium rock in the 1970s saw an explosion in sales of concert merchandise. In fact, AC/DC was the first band to make more money from tour merchandise than ticket sales. Since then, bands often develop logos or symbols that readily identify them or their fans. For example, The Rolling Stones’ "Lips and Tongue” symbol," and Nirvana's "Smiley Face" have now become widely recognizable in the greater cultural zeitgeist—even if you're not familiar with one song from any of the groups. Given the ongoing relationship between music and personal identity, it is unlikely that tour merchandise, and the t-shirt in particular, will wane in popularity.

The purchase of the concert t-shirts featured in this exhibit was made possible by the Daniel Noverr Grant through the Popular Culture Association of America.