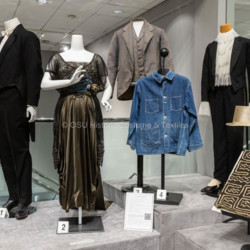 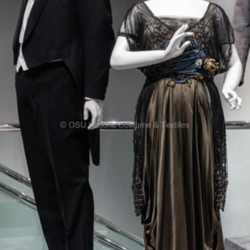 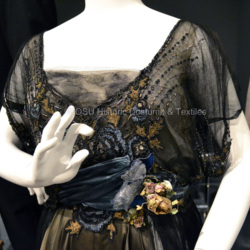 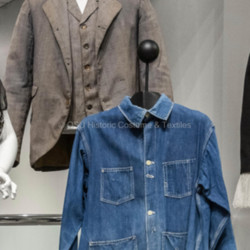 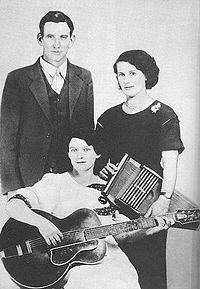 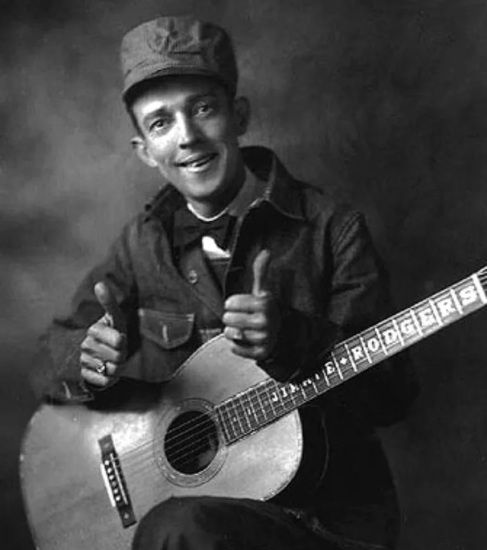 Country music, also known as old-time, hillbilly or country and western, originated in the Appalachian Mountains and was one of the first genres of modern American popular music. It was a mix of folk music from the British Isles, church music, slave songs, and African American blues. It borrowed instruments such as the Irish fiddle, German dulcimer, African banjo and Spanish guitar. Country music is often associated with the American South, but it is truly a blend of U.S. cultures and music styles.

The earliest recordings of country music were in the 1920s, with those of the Carter Family being the most popular. A. P. Carter traveled the country collecting folk songs and sang them in harmony with his guitar-playing sister-in-law Maybelle and his wife Sarah, who also played autoharp. Popular songs like Can the Circle Be Unbroken (By and By) and Wildwood Flower became hit records, and the Carter Family became the first stars of country music.

Jimmie Rodgers, another early popular country music artist, recorded at the same recording sessions as the Carters. Jimmie learned to play guitar and sing blues and work chants from African Americans in railroad gangs with whom he worked. He also heard old-time music and folk songs and combined all these styles in his own songs. He often used a vocal technique called yodeling, and his first hit record, Blue Yodel, sold nearly half a million copies in 1927.

Part of the appeal of these artists was their “common-folk” dress as seen with Jimmie Rogers denim jacket and train-engineer cap. The lyrics of the songs spoke to the trials and tribulations of the people including love, loss, and hard times in American life.

The first two ensembles featured in the exhibit demonstrate upper class society style at the beginning of the 20th century, which performers sought to emulate with their onstage attire, hoping to attain some of their patrons’ respectability. Later in the 20th century, some performers and their fans sought to rebel against society’s dress norms.

The men’s full dress tailcoat from c.1905 is the height of formal attire and typical of the clothing worn by upper-class men attending opera and theater performances at the beginning of the 20th century. It is more formal than wearing a tuxedo. This tailcoat is a gift of St. Mary's College. This black silk satin and beaded evening gown belonged to Emma Schoenborn, wife of successful businessman Edward Schoenborn. Emma’s father owned and operated a guitar and piano store that also sold sheet music. It is likely that Emma was a lover of music and may have worn this gown to musical performances. It is a gift of Mrs. Judson Wilson and dates from c.1918.

The man's wool sack coat with matching vest belonged to a farmer in rural Ohio and is typical of the more casual sack style coat worn by working class men at this time. Few examples of this style exist as they were often worn completely out. This suit is missing its pants, as they likely saw more wear and became too worn to be worth saving. The coat and vest date from 1895-1900 and are a gift of Arthur and Lucille Sunderman. The man's indigo-dyed work jacket dates from c.1920 and is a gift of Grace Heck Faust.

← Introduction
Minstrelsy and Performing as "Other" →
Early Country Music