Anarchy in the U.K.: Punk Music and Fashion 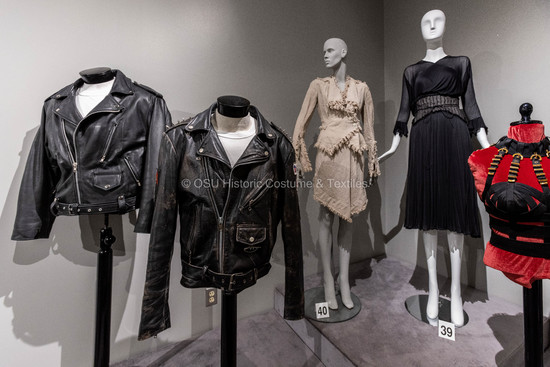 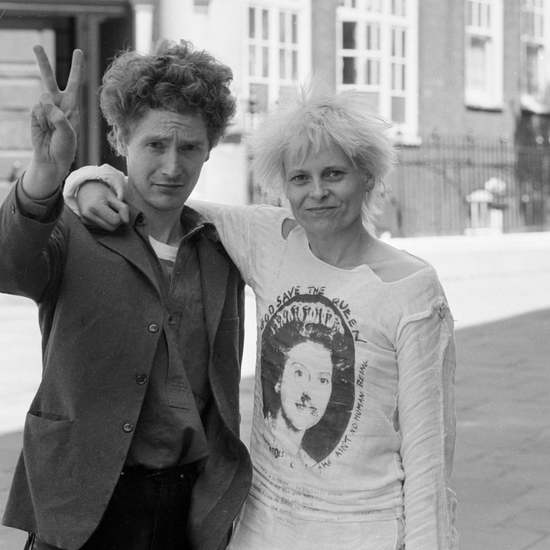 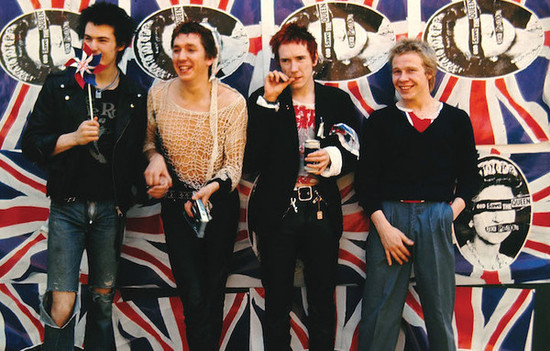 While youth in the 1960s had embraced an air of freedom and social change, the economic recession of the 1970s and its corresponding political strife in both the U.S. and the U.K. ushered in a much darker mood. Teenagers of working class parents in New York City and London were part of the first generation that was not expected to surpass their parents in wealth accumulation. While punk music was not limited to white audiences, the confrontational and often aggressive tone of punk was not as acceptable as a means of expression by minorities.

Punk style is characterized by glorifying low status items, such as dog collars and subverting traditional items of conformity, such as tartans plaids, military uniforms and neckties. Punk fashion includes the mixing of patterns to create a visual disruption, similar to the cacophony of sound often featured in punk music. Darker colors echo the urban landscape dominated by buildings and industrial machinery. Some of the key elements of punk style are D-I-Y modification, distressed apparel with holes or patches, body modification, radical hair, metal studs, and Converse, Vans or Doc Martens shoes.

In London, unlike in New York, punk style was not created in the streets and clubs, but by designers Vivienne Westwood and Malcolm McLaren. They outfitted many of the leading British bands of the era, including the Sex Pistols. Westwood and McLaren opened their first store in 1971, but changed the name to SEX in 1974. The name reflected McLaren’s new shock tactics and featured sexually provocative black leather and rubber clothing. They added their punk line, “Seditionaries,” in 1976, and the Pirate Collection of 1981 was their first runway show. Westwood and McLaren dissolved their professional partnership in the spring of 1984, however, and went their separate ways. Vivienne Westwood incorporated some of the punk fashion tactics developed for SEX in her early couture and ready-to-wear collections.