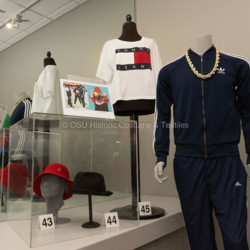 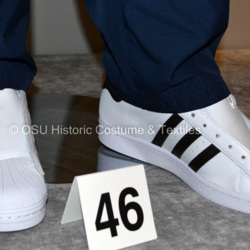 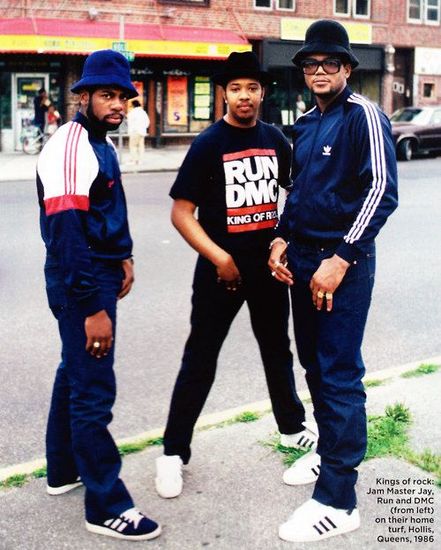 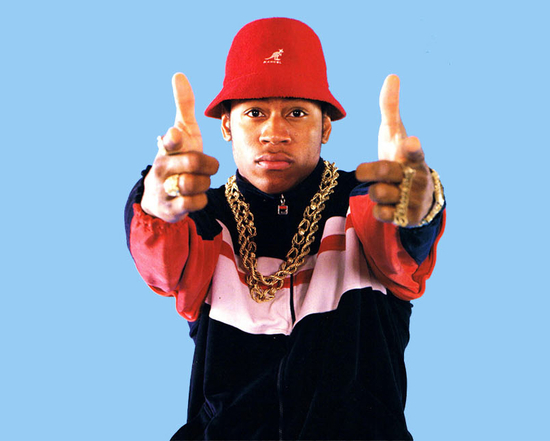 The three-man group, Run DMC, was made up of Darryl “DMC” McDaniels, Joe “Run” Simmons and DJ Jam Master J (Jason Mizzell). While previous artists had garnered national attention, Run DMC introduced rap to mainstream rock and pop culture. Their first influential song was “Sucker MCs,” in 1983. Run DMC were pioneers in the rock/rap crossover with songs like “Rock Box” from their debut album and “King of Rock” from their 1985 follow up album. Both songs featured Eddie Martinez, a guitarist who had worked with the band Blondie. Their cover of Aerosmith’s “Walk This Way” in 1986 cemented their crossover status, peaking at #4 on the Hot 100 list.

Run-DMC's swift ascension to the forefront of rap with a new sound and style meant that old-school hip-hop artists were becoming outdated. Along with pushing rap in a new direction musically, Run-DMC changed the entire aesthetic of hip-hop music and culture. Old school rappers like Afrika Bambaataa and Melle Mel of Grandmaster Flash and the Furious Five tended to dress in the flashy attire that was more closely related to glam rock and disco: tight leather, chest-baring shirts, gloves and hats with rhinestones and spikes, leather boots, etc. Run-DMC discarded the more glam aspects of early hip-hop fashion and incorporated a more "street" sense of style such as Kangol hats, leather jackets, and unlaced Adidas shoes. The group's look was heavily influenced by Mizell's own personal flashy, yet street b-boy style style. Run later said:

“There were guys that wore hats like those and sneakers with no shoestrings. It was a very street thing to wear, extremely rough. They couldn't wear shoelaces in jail, and we took it as a fashion statement. The reason they couldn't have shoelaces in jail was that they might hang themselves. That's why DMC says, 'My Adidas only bring good news and they are not used as felon shoes.”

Run DMC’s 1986 single, "My Adidas," led to the group signing a $1.6 million endorsement deal with the athletic apparel brand, who formed long-term relationships with Run-DMC and hip-hop. This was the first formal relationship between rap artists and a fashion brand and would pave the way for later collaborations.

Follow this link to view a promotional video featuring Run DMC and Patrick Ewing. The video shows a concert performance and "My Adidas". Be sure to watch the crowd who holds up their Adidas sneaker during the performance.