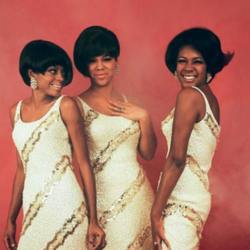 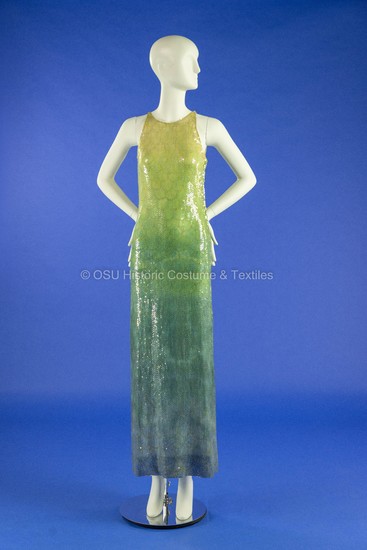 “With the Supremes, we saw the future. We saw a vision of black middle-class respectability, and we saw a vision of beautiful and glamourous black women that was rarely seen anywhere, especially on television at that time.” – Karyn D. Collins

Motown Records, headquartered in Detroit from 1959 to 1972, was a hit-making machine. The label had over 180 number-one songs during its Detroit era. The steps in the song-and-artist-building process included: 1) a songwriter composed a tune; 2) Barry Gordy, the label’s founder, matched it to a group; 3) the group practiced and revised it while in-house choreographers and visual image professionals worked to refine the group’s image. Motown developed a visual style that utilized high-society aesthetics through upscale gowns and suits, combined with elements of mass-market fashion and popular trends.

By dressing in long, shimmering gowns, the women of Motown represented the high-fashion glamour made popular by American designers such as Normal Norell. Mary Wilson of the Supremes said,

“[the Supremes] were glamorous. They were refined. They were respectable. Even people who didn’t like the Supremes’ music like the image they portrayed because it counteracted so many other negative images of blackness.”

Motown audiences represented different cultural and social backgrounds, and Motown artists had to consider diverse opinions about what constituted beauty. They received better treatment the more closely they aligned with prevailing beauty standards. While Motown deliberately set out to be apolitical, their careful consideration of their artists’ image propelled Black performers to be afforded as much of the spotlight as their white counterparts.

The Temptations had a similar fashion look to other tailored boy bands of the early 1960s like the Beatles, but often wore more colorful versions than their British counterparts. The Temptations were noted not only for their smartly coordinated suits, but also their synchronized dance moves. Follow this link to watch a 1965 performance of "My Girl" by the Temptations.